Any system needs to perform one or more of the following functions: Collect and transmit data; Control another system or be controlled; Interact with humans; interface with other physical machines;  and Communicate with the digital space. Smart and data driven systems contain multiple protocols  –  wired such as USB, ETHERNET, SPI, I2C,… wireless such as BLE, WIFI, LORA, LTE… The obvious initial key factors while constructing a new product are to sort through the multitude of protocols, and to choose the ones that best fit system requirements. 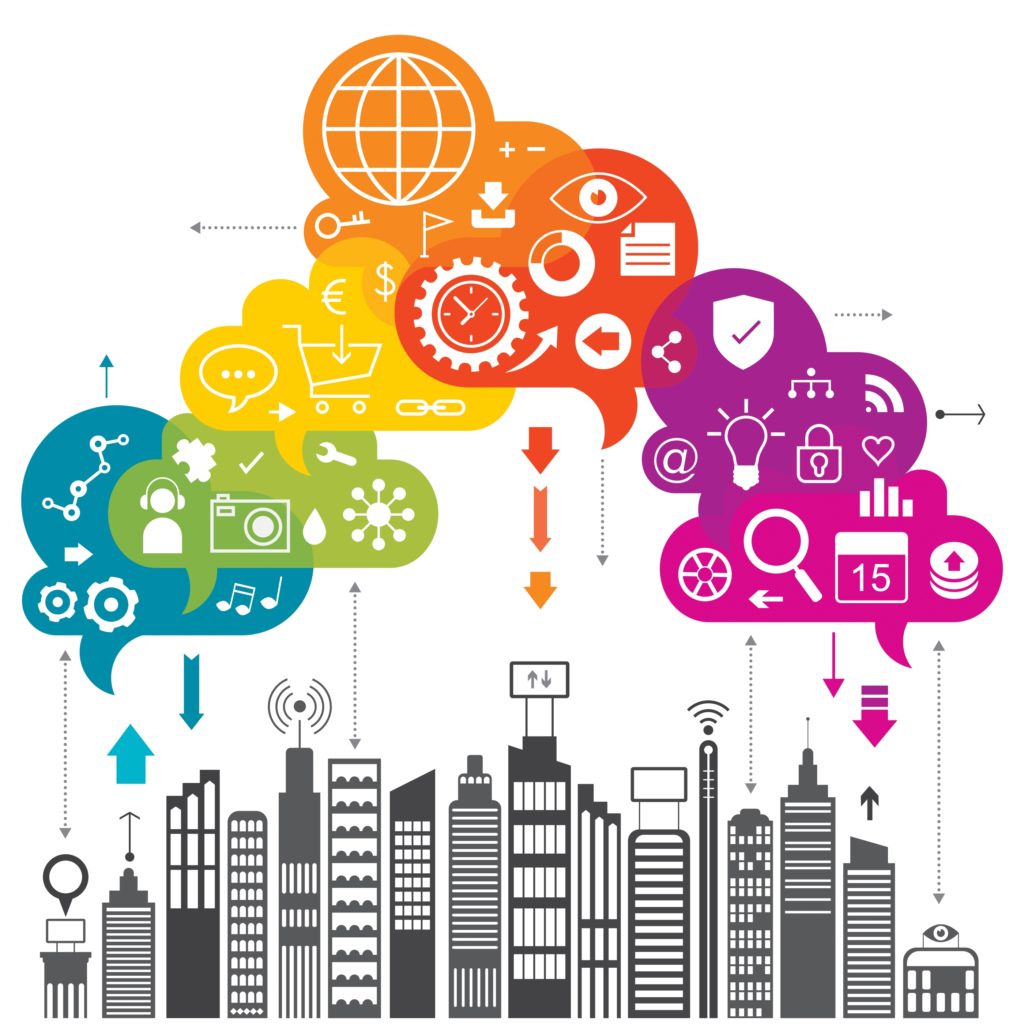 The choice of protocols depends on the requirements of each layer: Initial interaction between sensors and hub is usually done through serial interfaces such as I2C, SPI, UART etc. Though usage of wireless protocol such as BLE is also possible (when, for example, the sensor is not accessible).

The hub communicates with the node using BLE 4.2 or 5.x. protocol which guarantees low power consumption for battery powered devices. BLE 4.2 supports robust data security; BLE 5.0 extends the communication range and lowers power consumption – tough it would limit the ability to use mobile devices for system monitoring (e.g. for system inspection purposes). The BLE network is local were each node communicates with multiple hubs (theoretically hundreds) using a star topology with the node acting as the centre and the hubs as peripherals. With an adequate design, distances between hubs and node can reach a hundred meters (Line-of-sight) tough a typical range is tens of meters.

The last layer in this example connects between the hubs and digital space using a Wide Area Network protocol. Distances between elements in this network can reach tens of kilometres, thus it is based on cellular protocols such as LTE, NBIoT, or Subgiga protocols such as LoRAWAN (where supported). The entire system uses an enhanced star topology with three layers – endpoints to hub; hubs to node; and nodes to digital gateway. This topology is simple yet can support thousands of elements.

Which protocols to choose for your system? What are the Pros and Cons for each one? Which Vendors to work with

We will design and develop your protocol end-to-end; Hardware, Firmware and Software. We will also add standard or proprietary security to your data.